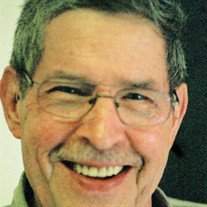 Robert "Bob" Stanley Godby was born in Bloomington on April 27, 1938, to Stanley and Marie (Gottschalk) Godby. He died on Jan. 4, 2019, at Heritage Health, Normal.
Bob graduated from Bloomington High School in June 1957 and served in the U.S. Navy 1959-1965. He was stationed on the USS Barton as a radarman. On June 13, 1959. he married Naomi Fern Sanner in Chicago, and they had three children.
Bob retired after over 25 years of service as a pressman from Wallace in Clinton, and enjoyed working at Ace Hardware throughout his career and after retirement.
Bob was preceded in death by his beloved wife of 42 years; parents; brothers, Ronald and Russell; and infant sister, Evelyn.
He is survived by his son, Nick (Mary) Godby, and granddog, Camo; son, Lance (Coral) Godby, and grandchildren, Jeremiah Godby and TJ (Chelsey Thomas) Godby, and great-grandchild, Kyler (TJ); daughter, Tonya Godby, and grandchildren, Nolan (Ashley) Utterback and Noelle (Logan) Wildt, and great-grandchildren, Colbie and Miley (Nolan).
Bob was a devout member of Christ Lutheran Church, Clinton, a lifelong Chicago Cubs fan, and a member of the VFW.
He enjoyed traveling with his loving companion of the past 12 years, Nelda Powell.
The family extends special thanks to the staff of Heritage Health, Normal and Mount Zion, and OSF Hospice, in addition to Kibler-Brady-Ruestman Memorial Home, Bloomington, and his dear friend, Pastor Dunlop.
His funeral will be 1 p.m. Jan. 26 at Christ Lutheran Church, Clinton. Graveside services with military rites will be at a later date. Memorials may be made to Christ Lutheran Church, Clinton.


To send flowers to the family or plant a tree in memory of Robert "Bob" Stanley Godby, please visit our floral store.

To send flowers to the family in memory of Robert Godby, please visit our flower store.