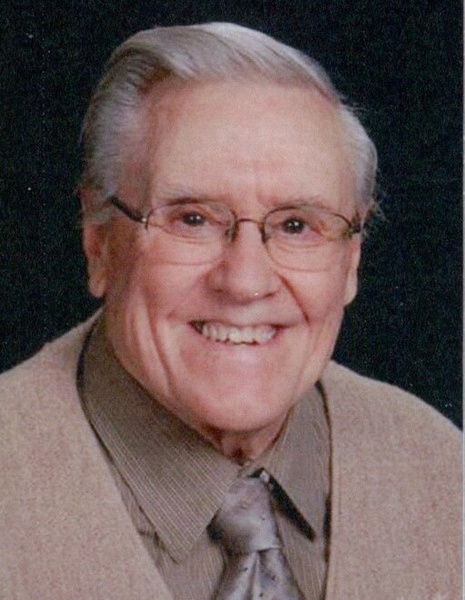 A private service will be held at East Lawn Memorial Gardens Mausoleum in Bloomington. Kibler-Brady-Ruestman Memorial Home is assisting the family with arrangements.

Memorial contributions may be directed to Grace Church Mission Fund.

He was preceded in death by his parents, brother, Raymond Park, and sister, Hilma Yates.

Bob owned and operated Bloomington Door Company from 1973 until his retirement in 1992. He was a member of The Sound of Illinois Chorus of Bloomington, IL. He sang lead in several quartets, including when The Four Barons won the 1960 Illinois District Quartet Championship and competed in the International contest in Dallas, Texas 1960. Bob attended Grace Church in Normal. He trusted Jesus Christ as his Lord and Savior. He shared his beautiful voice with the Grace Church family. He was a loving husband, father, and grandfather. He will be greatly missed.

To send flowers to the family or plant a tree in memory of Robert “Bob” Park, please visit our floral store.

To send flowers to the family in memory of Robert “Bob” Park, please visit our flower store.