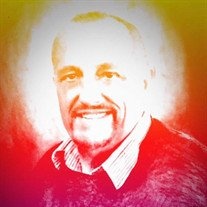 His Celebration of Life service will be held at 4:00 p.m. on Sunday, October 14, 2018 at The Baby Fold Chapel, 612 Oglesby Ave, Normal, IL 61761 with Pastor Cara McMorris officiating. Visitation will be held from 1:00 p.m. until the time of the service. Kibler-Brady-Ruestman Memorial Home is assisting the family with arrangements.

Memorial contributions may be directed to his children.

Ron was born in Fairbury on July 25, 1942, a son to Herbert E. and Margery Hoff Perkins. He married Regino ‘Reggie' Dizon on August 27, 2013 in San Francisco, CA.
He is survived by his loving husband, Reggie Dizon of Normal; his children Rhonda (Mike) McComas, Michele (Tom) McComas, and Jon (Tracy) Perkins all of Bloomington; five grandchildren and 4 great-grandchildren,

Ron was preceded in death by his parents and sister, Judith Green.

He was employed for many years as a special education teacher, first at Bloomington High School, where he played a vital role in vocational and alternative programs, changing many student's lives. Ron was also influential in starting an education program for individuals at William Fox Developmental Center in Dwight which improved many lives. Later he continued his passion for special education at Spaulding Elementary School in Gurnee, Whitney M. Young Magnet High School in Chicago, and Hirsch Metropolitan High School in Chicago retiring in 2011.

Ron was an avid card player, often traveling to Chatsworth, IL, his former place of residence, to engage in a friendly game or two. He also had a love for his family and his animals. Ron was a devoted grandfather and great-grandfather. If he was not in the company of his grandchildren and great-grandchildren, he was most certainly surrounded by his husband and their dogs.


To send flowers to the family or plant a tree in memory of Ronald 'Ron' E. Perkins, please visit our floral store.

To send flowers to the family in memory of Ronald Perkins, please visit our flower store.