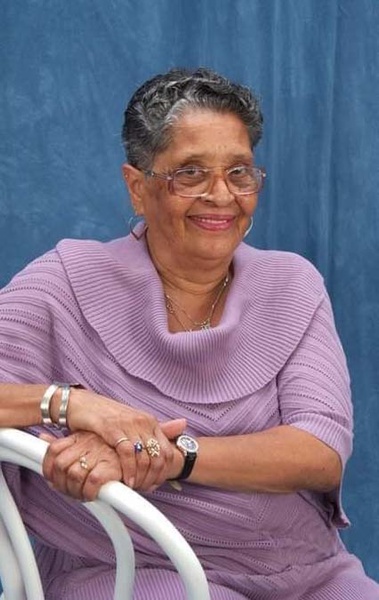 Her memorial service will be held at 1:00 p.m. on Friday, June 25, 2021 at Kibler-Brady-Ruestman Memorial Home in Bloomington with Bishop Edward T. McGhee officiating. A visitation will be held from 12:00 p.m. until the time of the service at the memorial home.

Inurnment will be at Evergreen Memorial Cemetery in Bloomington. Memorials may be made to OSF Hospice Care.

Sandra was born to the union of Elder Aubrey E. Hursey Sr. and Almeta E. Jackson Hursey on September 16, 1939 in Bloomington. Sandra attended Bloomington Pubic Schools Working at ISU until she retired in 2004. She gave her life to Christ at an early age.

Sandra was married to Larry Herman and to that union she has to cherish her memories, children, Andrea Herman and Kenneth (Mauria) Herman, both of Bloomington, Shawne Herman and Dawne Herman, both of Jacksonville, FL, and Orlando (Ruthie) Conners of Waukegan, IL; sixteen grandchildren and fourteen great-grandchildren; three sisters, Phyllis Thomas, Deborah Hursey, and Carolyn Tice all of Bloomington; two sisters-in-law, Mary Hursey of Bloomington and Tami Hursey of North Carolina; best friend of seventy-nine years, Rosie Minjarez, and friend Bea Westbrook; God-Daughter, Anna Strong; and a host of nieces and nephews.

To send flowers to the family or plant a tree in memory of Sandra Hursey, please visit our floral store.

To send flowers to the family in memory of Sandra Hursey, please visit our flower store.