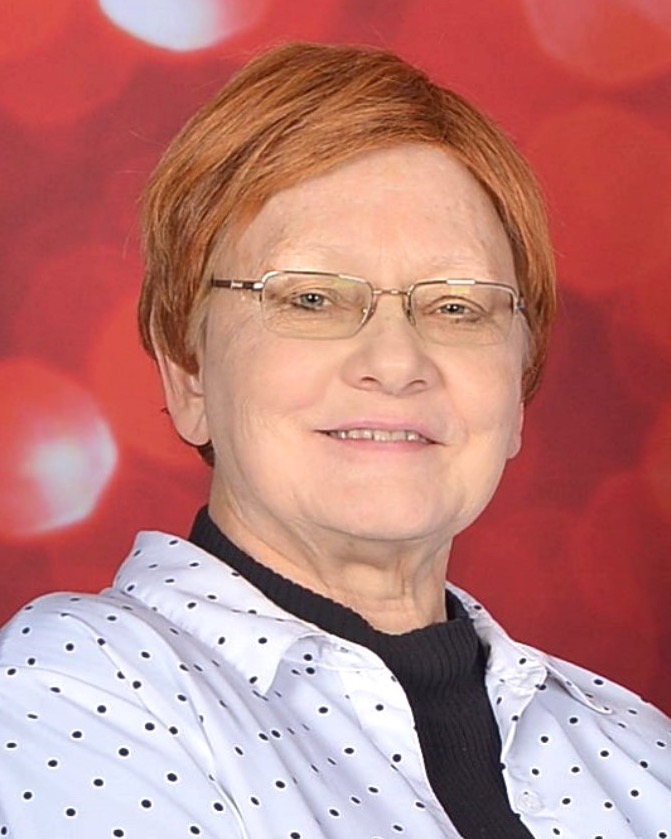 Sareva Joy Parkhurst died peacefully at 7:33 P.M. on October 19, 2022, in the My Tapestry memory care unit of Luther Oaks in Bloomington, IL.  Sareva was born to John Archibald Gaylord and Marie Joy Mickle Gaylord in Denver, CO, on Father’s Day, June 16, 1946. She was the third of four daughters for John and Joy, and her father was quite proud to be a “girl Dad”. The family lived in Richfield, MN, during her childhood years.  After graduating from Richfield High School in 1964, Sareva attended Illinois Wesleyan University where she met her first husband, Jerome (Jerry) Hood.  They married in 1966. Jerry preceded her in death on February 18, 1981.  Sareva and Jerry had one daughter, Julie Hood.  Sareva married Ralph E. (Ed) Parkhurst on March 22, 1986.

Sareva graduated from Illinois State University in 1968.  She started her 37-year teaching career at Jefferson Elementary School in Bloomington District 87.  When Jefferson was transitioned into administrative offices, Sareva transferred to Bent School.  She taught the remainder of her career there teaching fifth and sixth grades retiring in 2005.

Sareva had the heart of a servant and that was the theme of her professional and personal life.

She was an incredibly talented and caring teacher.  Every child in Sareva’s classroom knew that she cared about them.  Sareva was nominated for Illinois Teacher of the Year in the early 1980’s.  She worked late every night and weekend at home creating lessons and hands-on activities for her students.  She also taught them about life through a realistic career and budgeting experience she created.  In retirement students have often contacted her telling her they still hear her in their heads even as adults reminding them of a life lesson.

Sareva’s faith in Jesus Christ was very precious to her; she truly had the heart of an evangelist wanting to share Jesus with everyone through actions and words.  She shared her gift of teaching both children and adults at St. John’s Lutheran Church, Bloomington, Tremont Baptist Church in Tremont, and Our Lady of the Woods Church, Woodland Park, CO.  Sareva was always anxious to fill any need she could both at church and at school.

Sareva and Ed retired to Woodland Park, CO, in 2007 and lived their Colorado dream for 13 years. There Sareva volunteered at Help the Needy and at Columbine Elementary School.    She also enjoyed researching genealogy.  They returned to Bloomington in 2020 when Sareva’s Alzheimer’s was progressing.

In addition to her parents and first husband, Sareva was preceded in death by a pre-born son, Mark Parkhurst, and two sisters, Ardith Grover and Karen Glyde.  She is survived by her husband, Ed, her daughter, Julie Hood, her sister Joneen Richards, Everett, WA and her poodles, Diego and Pebbles, as well as many nephews and nieces in Illinois, Iowa, California, Pennsylvania., Minnesota, Idaho, Washington, and several other states.

Sareva was a blessing to Ed as a caring and loving wife and to Julie as an amazing mother.  An animal lover to the end, she treated her family pets as family. Her love and passion for teaching and helping are and will be sorely missed by all who were blessed to know her.  Her family is thankful for the compassionate care that both Sareva and they were shown from the Luther Oaks Staff, especially in My Tapestry memory care.

There will be a funeral Mass for Sareva at St. Mary’s Church, 527 W. Jackson St., Bloomington, on  Tuesday,  October 25, at 10:00 a.m.  Visitation will be at Kibler Brady Ruestman Memorial Home, 1104 N. Main Street, Bloomington on Monday, October 24, from 4-6 p.m. and at St. Mary’s Church an hour before the funeral Mass.  Interment will be at Mount Hope Cemetery in Tremont immediately following the Mass.  Memorials in lieu of flowers may be made to the St. Mary’s School Building Campaign or to Luther Oaks My Tapestry, Bloomington.

To send flowers to the family in memory of Sareva Joy Parkhurst, please visit our flower store.