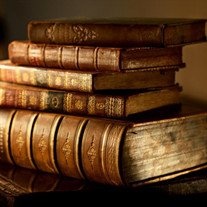 A graveside service will be held at 1:00 p.m. on Monday, December 17, 2018 at Evergreen Memorial Cemetery in Bloomington. Kibler-Brady-Ruestman Memorial Home is assisting the family with arrangements.

Memorials may be directed to Toys for Tots.

Surviving are his daughter Katherine ‘Katie' Gutzman of Bloomington and two nephews, Donald and Eric both of Denver, Co.

He was preceded in death by his parents, loving wife of 37 years, and a brother, Dennis Gutzman.

Stanley received his master's degree from University of Denver, Denver, Co. He was employed as a librarian with Illinois State University for 32 years, retiring in 2002. Stanley was fluent in five languages and enjoyed traveling with his family. He enjoyed playing bridge and was a member of the American Contract Bridge League, Normal Chapter.


To send flowers to the family or plant a tree in memory of Stanley Dean Gutzman, please visit our floral store.

To send flowers to the family in memory of Stanley Gutzman, please visit our flower store.