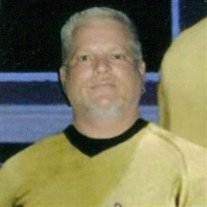 Stephen Francis Finley, Bloomington, died on Friday, Oct. 16, 2020, at St. Joseph's Medical Center in Bloomington of heart complications. He was 68.

Steve is survived by his sisters, Anne (Roger) Elmore of Bellevue, Idaho, and Janice Finley-Brown and Ellen (Coverick) Finley, both of Bloomington; six nieces; one nephew; four great nieces and three great nephews.
Steve grew up in Sedalia, Mo. and Alton. He earned a Bachelor of Arts degree at the University of Illinois majoring in Latin, which he taught in Champaign for a few years. He moved to Atlanta, Ga., where he worked for the state of Georgia for many years. He eventually moved to Bloomington in 1992 to be closer to relatives. He was an administrative assistant at

Steve loved Star Trek; old movies, including Gone with the Wind; Bettie Davis and Bette Midler. He was a big fan of Mystery Science Theater 3000. He enjoyed watching baseball and was an Atlanta Braves fan.

Kibler, Brady and Ruestman are in charge of arrangements. There will be no public services.

To send flowers to the family or plant a tree in memory of Stephen Francis Finley, please visit our floral store.

To send flowers to the family in memory of Stephen Finley, please visit our flower store.