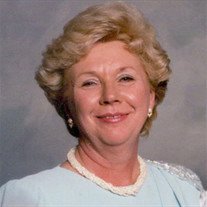 Suzi grew up in Columbia, MO and graduated from Hickman H.S in 1956. After high school Suzi attended Stephens College. She married Clay Davis in 1963 and they moved to Lexington, IL in 1967 to open Compass Travel, Bloomington/Normal's first premier travel company. In 1972 Suzi opened Suzi Davis Travel and later Suzi Davis Travel Careers School. Suzi was a leader for women in business and a past President of the American Business Women's Association. Suzi sold her business and retired Jan. 1, 2001.

One of Suzi's great joys, after her kids, was traveling as a group leader with many central Illinoisans. Suzi helped organize and lead some of the very first WJBC Great Escapes and later worked with McLean County Bank on their VISA (vacation inspired savings account) program where again she was able to put unique travel programs together and take people to faraway places around the world. Suzi made many life-long friends while leading these trips and it was those relationships and memories that brought laughter and a sense of satisfaction into her life.

Suzi was a great leader and mentor to so many and as a boss was loved by all who had the opportunity to work with her. She would always be there, arm in arm with her team, to get the job done together. She never thought of herself as the boss but more as a partner, willing to do whatever it takes to make her clients and her staff successful. The very special people that worked with Suzi to help create Suzi Davis Travel, are the ones she respected most and were her best friends for life.

Suzi and her family would like to sincerely thank all the great people at Advocate Bromen for their sincere efforts and support throughout Suzi's illness. Words could never express our appreciation. Thank You!

Suzi was a loving mother, grandmother and great grandmother and will be dearly missed by all who knew her. Suzi wanted to wish all her great friends and family a very Merry Christmas and Happy and Healthy New Year. God Bless us all.


To send flowers to the family or plant a tree in memory of Suzanne C. "Suzi" Davis, please visit our floral store.

Please click here to view the video tribute
To send flowers to the family in memory of Suzanne Davis, please visit our flower store.