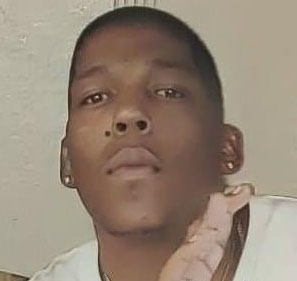 Theodore Briggs of Bloomington, IL transitioned to be with the Lord on July 28, 2021 at the age of 49. He was born on April 7, 1972 in Chicago, IL. He was the third son to Teola and Theodore Briggs, Sr.
Theodore attended Bloomington Public Schools in Bloomington, IL. He was a dedicated father, son, brother, uncle, nephew, cousin, and friend. He was a protector and problem solver.
Just days before his transition, Theodore accepted the Lord into his life. He joined and volunteered with a local ministry in Bloomington, IL.
Surviving are his mother, Teola Briggs of Bloomington, IL; his fiancé, Barbette Burkhart; his children, Brittany Davis, Brianna Long, Taylor Lord, Kiana Steffen, Jama Steffen, Theo McClellan, Mechelle McClellan, and Kendrick Dawson; three grandchildren; brother, Corey Briggs, and a host of seven brothers and two sisters; a host of aunts, uncles, nieces, nephews, and cousins.
He is preceded in death by his father, grandparents, brother, Charell “Bam Bam” Briggs, several aunts, uncles, and cousins.
His funeral will be at 11:00 a.m. on Friday, August 13, 2021 at Kibler-Brady-Ruestman Memorial Home in Bloomington. A visitation will be held one hour prior to the service at the memorial home. Interment will be at Evergreen Memorial Cemetery in Bloomington. Memorials may be sent to Corey Briggs.

To send flowers to the family or plant a tree in memory of Theodore Briggs, Jr., please visit our floral store.

To send flowers to the family in memory of Theodore Briggs, Jr., please visit our flower store.
Send a Sympathy Card