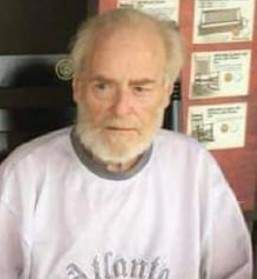 A visitation will be held from 4:00 p.m. to 6:00 p.m. on Saturday, April 10, 2021 at Kibler-Brady-Ruestman Memorial Home in Bloomington. Memorial contributions may be directed to the Humane Society of Central Illinois or VFW Post 454 in Bloomington.

Troy proudly served in the United States Air Force. He retired from State Farm after being employed there for many years. He enjoyed playing pool with the State Farm pool league and was a hell of a poker player. Troy adored his grandchildren. He will be missed by all who knew him.

To send flowers to the family or plant a tree in memory of Troy R. Hutchinson, please visit our floral store.

A Memorial Tree was planted for Troy

Join in honoring their life - plant a memorial tree

To send flowers to the family in memory of Troy Hutchinson, please visit our flower store.