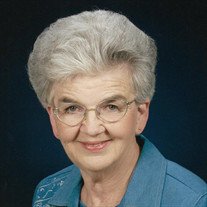 Joan graduated from Stanford High School and worked at the family business, Graff Implement, as a bookkeeper. She was a member of St. John's United Church of Christ in Minier.

She was preceded in death by her parents and husband.

Memorials can be made to St. John's Church of Christ, Minier, Illinois.
A Celebration of Life will be held at a later time.

To send flowers to the family or plant a tree in memory of Vivian J. "Joan" Graff, please visit our floral store.

To send flowers to the family in memory of Vivian Graff, please visit our flower store.