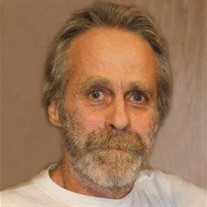 Bloomington - Wade S. Fowler, 52, of Bloomington, passed away at 11:40 p.m. on Tuesday, October 3, 2017 at Advocate BroMenn Medical Center in Normal.
His funeral service will be at 12:00 p.m. noon on Monday, October 9, 2017 at Kibler-Brady-Ruestman Memorial Home in Bloomington. Visitation will be from 10:30 a.m.-12:00 p.m. prior to the service at the memorial home.
Wade was born on May 4, 1965 in Bloomington, Illinois, a son of Merlin Ernest and Sharon Harris Fowler. He married Melissa A. Claycomb on July 14, 1989 in Bloomington.
He is survived by his loving wife, Melissa Fowler of Bloomington; two sons, Daniel Fowler and Jacob Fowler, both of Bloomington; four granddaughters; one grandson; mother, Sharon Fowler of Normal; siblings, Alisa (Jeffrey) Regenold of Leroy, Keith Fowler of Bloomington; in laws, Dewey and Debbie Claycomb of Bloomington; three brothers in law and one sister in law.
He was preceded in death by his father.
Wade was a hard worker, he was employed for many years as a brick layer.
He loved spending time with his family. Wade was truly loved and will be greatly missed.


To send flowers to the family or plant a tree in memory of Wade S. Fowler, please visit our floral store.

Please click here to view the video tribute
To send flowers to the family in memory of Wade Fowler, please visit our flower store.