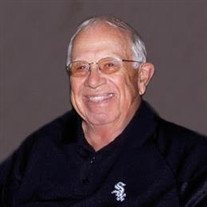 Mr. Schwulst was born on February 11, 1921 in Gilman, Illinois, to Carl F. Schwulst, Sr., and Cornelia (Wiegand) and was raised in Bloomington, IL with his brother Carl Jr. and sister Phyllis (Benton). After his mother died, Alma Marie (Wittrock) became his dear stepmother and sister Joan (Blake) and brother John joined the family.

He attended the University of Illinois and studied architecture. His studies were interrupted by his service in 1945-1946 in the Japanese Occupation where he was a First Lieutenant in the Army Air Corp. Warren married Anna Jane (Wilcox) on May 1, 1945, in McLean, Illinois while on military leave. After his military service, he returned to college and graduated in 1947 with a degree in Architectural Engineering.

After graduation, Warren joined the family business, Schwulst Lumber and Coal Company in Bloomington, Illinois with his father Carl Schwulst, Sr., and brother Carl, Jr. He facilitated the transition of the company to a manufacturing center for floor and roof trusses, changing its name to Schwulst Building Center. In 1979, he became an Illinois licensed architect and became the company's president in 1983.

Warren and Anne raised their five children in Bloomington, IL. and moved to the Crestwicke Country Club area in 1970. In 1992, they moved to New Smyrna Beach, Florida. Warren and his beloved wife were married 61 years before she died in 2007.

Warren was an avid golfer, playing well into his 90s. After moving to Florida, he embraced technology, learning to use architectural design software and staying in touch with family and friends via email and social media until his mid 90s. He will be remembered as one who cared deeply about his family, had a sense of humor, and believed that a person should nurture his or her faith in God.

On Monday, May 20, 2019 Warren will be laid to rest at a private burial with Military Honors accorded by the Bloomington-Normal American Legion Honors Guard. A public visitation (9:30-10:30AM) and a memorial service (10:30-11:30AM) will be held at the Funk's Grove Chapel. Friends and neighbors are invited to join the family for the visitation and Memorial Service. In lieu of flowers, the family requests memorial donations be made to the Home Sweet Home Ministries, 303 E. Oakland Ave, Bloomington, IL.


To send flowers to the family or plant a tree in memory of Warren W. Schwulst, please visit our floral store.

To send flowers to the family in memory of Warren Schwulst, please visit our flower store.