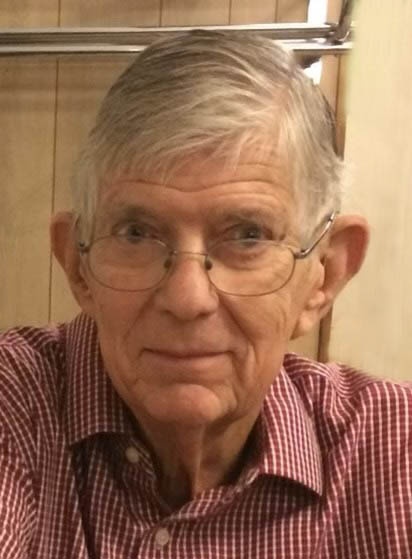 William G. “Bill” Zeter, 87, of Bloomington, passed away at 8:40 p.m. on Thursday, April 21, 2022 at his home.
His Mass of Christian Burial will be held at 11:00 a.m. on Wednesday, April 27, 2022 at Holy Trinity Catholic Church in Bloomington with Father Jeffrey Stirnaman and Father Doug Hennessy officiating. Visitation will be held an hour prior to mass at the church.
Interment will be at Holy Cross Cemetery in Normal. Kibler-Brady-Ruestman Memorial Home in Bloomington is assisting the family with arrangements. Memorial contributions may be left to Smile Train or Holy Trinity Catholic Church.
Bill was born on November 27, 1934 in Lincoln to George and Margaret Stoker Zeter. He married María de los Ángeles Morua in 1956.  In 1991, he married Mary Kay Fairfield at St. Patrick of Merna Catholic Church in Bloomington. She survives.
Also surviving are his children, Mary Jo (Don Todaro) Zeter of East Lansing, Michigan; Victoria (Sandy Blevens) Zeter of Champaign; Michele (Joel) Anderson of Parsburg, Germany; Geraldine (Ben) Quinton of Chicago; 24 grandchildren, 10 great-grandchildren, and his Fairfield family.
He was preceded in death by his parents, infant son, Paul Eugene, and his brother, Bob.
Bill worked in the furniture and building supply business.  He loved his family, his church and his model trains. He was an usher and a Eucharistic Minister at Holy Trinity for many years.  He also volunteered on the funeral brunch committee and at Recycling for Families.
He enjoyed traveling and family activities, and will be greatly missed.

To send flowers to the family or plant a tree in memory of William G. "Bill" Zeter, please visit our floral store.

To send flowers to the family in memory of William Zeter, please visit our flower store.