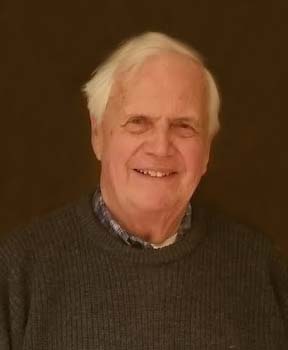 Burial will be in Funks Grove Cemetery, McLean on Friday. Services will be private. Kibler-Brady-Ruestman Memorial Home in Bloomington is assisting the family with arrangements.

In lieu of flowers, the family is asking that donations be made to Parklands Foundation or Sugar Grove Nature Center.

Bill was a magna cum laude graduate of Ohio Wesleyan University (BA), and University of Michigan Law School. He was a member of Sigma Chi Fraternity at Ohio Wesleyan as well as being inducted into Phi Beta Kappa. At the University of Michigan, he was a member of the Phi Delta Phi legal fraternity and served as one of the editors of the Michigan Law Review. After his service in the military ended, Bill returned to Bloomington to join his father, William J Bach, in the Bach and Laudeman law firm where they worked together for 24 years. When his father retired in 1991, Bill joined the law firm of Costigan and Wolrab where he practiced until his retirement.

He was a Captain in the Judge Advocate General Corps (United States Army) and served for 8 years as a member of the District 87 Board of Education including a term as school board president. He was a member of Wesley United Methodist Church. Bill spent many years as an active member of the Bloomington Rotary Club, including serving as president.  He loved nature and the outdoors, and was a former member of the board of Parklands Foundation. He was an avid gardener and a devoted father and grandfather. He spent many hours sharing his love of nature and gardening with his children and grandchildren. We will always cherish those special memories

To send flowers to the family or plant a tree in memory of William "Bill" Bach, please visit our floral store.

To send flowers to the family in memory of William "Bill" Bach, please visit our flower store.
Send a Sympathy Card