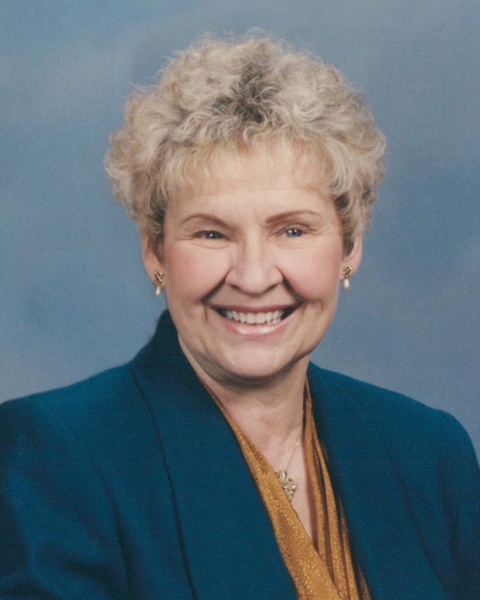 Winifred Irene (Bertrand) Bacchus, 90, of Bloomington, formerly of Chillicothe passed away on September 27, 2022 at 8:24 a.m. at The Villas of Holly Brook on Fox Creek in Bloomington. Her Funeral service will be held 11 a.m. on Tuesday October 4th, 2022 at Crossroads Chapel in Bloomington with Pastor Mark Wallace and Pastor Curtis Cochran Officiating. Visitation will be held one hour prior to the service. Interment will be at 2 p.m. at Camp Butler National Cemetery in Springfield. Memorial Contributions can be made to Calvary Baptist Church in Chillicothe, IL.

Winifred was born on April 26th, 1932 a daughter of Keith and Irene (Ross) Bertrand in Creve Coeur, IL. She married James Bacchus on February 25th, 1951 in Creve Coeur, IL. He preceded her in death on March 22nd, 2018. She is survived by her three daughters Chrystal (Mark) Wallace, Pamela (Ron) Brown, and Susan (David) Mannaioni. Also surviving are six grandchildren, fourteen great-grandchildren, and four great-great grandchildren. Sister-in-law Joan Bacchus and brother-in-law Bob Bacchus also survive. She was preceded in death by her parents, step-father Walter Woods who helped raise her throughout her childhood, brother Paul Bertrand, sister-in-law Ann Bertrand, son in law Brad Smith and one great-great grandchild Jackson.

Winifred was a member of Calvary Baptist Church in Chillicothe for 59 years where she played the organ. That musical gift was passed on to many members of her family. Once she moved to Bloomington, she was a member of Crossroads Chapel in Bloomington for the past four years. She will be missed by all that knew and loved her.

To send flowers to the family in memory of Winifred Irene Bacchus, please visit our flower store.